20th anniversary of the Sokołów Group

The year 2020 is a special year for the Sokołów Group. The company celebrates its 20th anniversary. 20 years ago, on 1 September 2000, a merger of the Farm Food Group with the Sokołów Group happened, resulting in creation of one of the biggest and most modern meat and cold cuts producers in Central and Eastern Europe.

For 20 years of its market presence, the Sokołów Group has been developing systematically. A carefully planned strategy and well-thought-out investments allow to increase production capacity and sales value. The Group has achieved and established a strong position on the domestic and foreign markets and remains among the leaders of the meat industry in Poland.

On 1 September 2000, a merger was finalised between the Farm Food Group S.A. (with production plants in Czyżewo, Jarosław and Tarnów) and the Sokołów Group (with production plants in Sokołów Podlaski and Koło). This fusion resulted in creation of the Sokołów Group - a strong, rapidly growing company.
In 2001, a new Management Board was appointed, chaired by President Bogusław Miszczuk. It continues to operate almost unchanged to this day. In 2006, Saturn Nordic Holding AB became the main investor of the Group, and in 2014 the international Danish Crown Group - the largest meat exporter in the world and the largest meat processing company in Europe - became the main shareholder.

The successes of the Sokołów Group

Currently, the Sokołów Group employs nearly 9500 people, which means an increase of almost 4500 employees compared to the year 2000. Bogusław Miszczuk, Sokołów S.A. President of the Management Board, stresses that it is the employees who are the source of the success of the Group. “The people who work here, are the heart of Sokołów” says Bogusław Miszczuk. “They are the ones who deserve recognition and thanks for their active participation in the development of our company. The knowledge, experience and daily commitment of our Employees are the key to achieving such goods by the Group.”

The Sokołów Group's plans for the coming years include further dynamic development of its plants to be able to meet new market challenges and consumer expectations. “These 20 years were undoubtedly a period of hard work, but also of great satisfaction” says Bogusław Miszczuk. “I am proud that our efforts have resulted in the trust placed in us by millions of Poles, who reach for our products and appreciate their quality and taste. I am convinced that there will be more equally great anniversaries in the future. A stable, strong position of the company and the potential that lies in our Employees allow me to look into the future with optimism.” 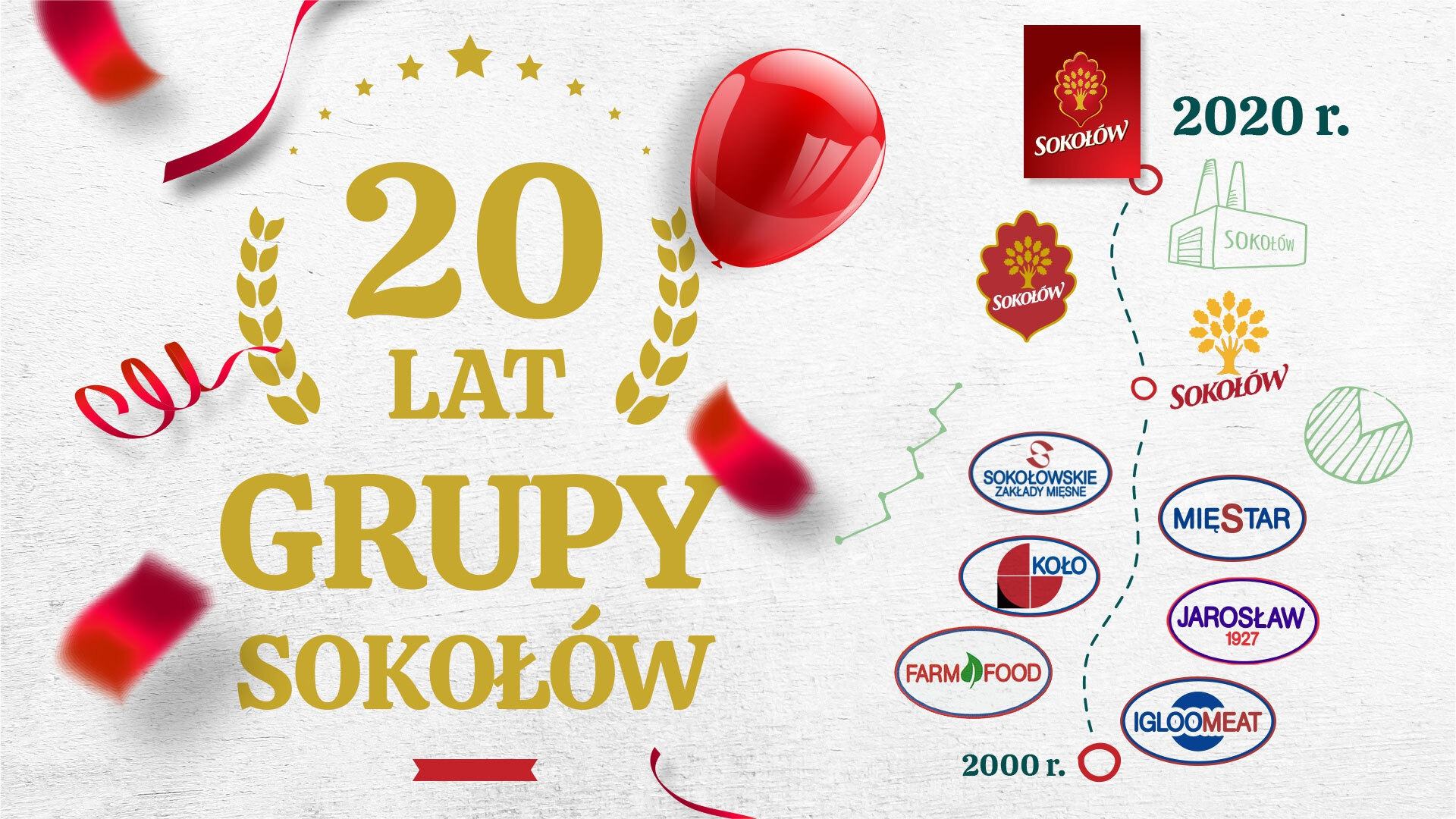