During this year's edition of the "Golden Receipt - Award of Polish Merchants" competition Sokołów won the prestigious Golden Receipt award, granted by the readers of the "Hurt & Detal" monthly. Among the products awarded were French kabanos sausages, Ham with grains and Naturrino baked pate.

On 26 May 2022, during the FMCG and Trade Market Leaders Gala at the Kamienica Theatre, the results of the 12th edition of the "Golden Receipt - Award of Polish Merchants" competition were announced. As every year, the winners of the poll were selected thanks to the readers of the monthly "Hurt & Detal” magazine, who voted for the best-selling products in their outlets. The results thus indicate the goods that have played the greatest role in shaping the Polish retail trade over the past year.

Sokołów is regularly recognised and awarded in the largest Polish industry competitions. These awards are proof of the company's constant striving for excellence in taste and quality of its products. 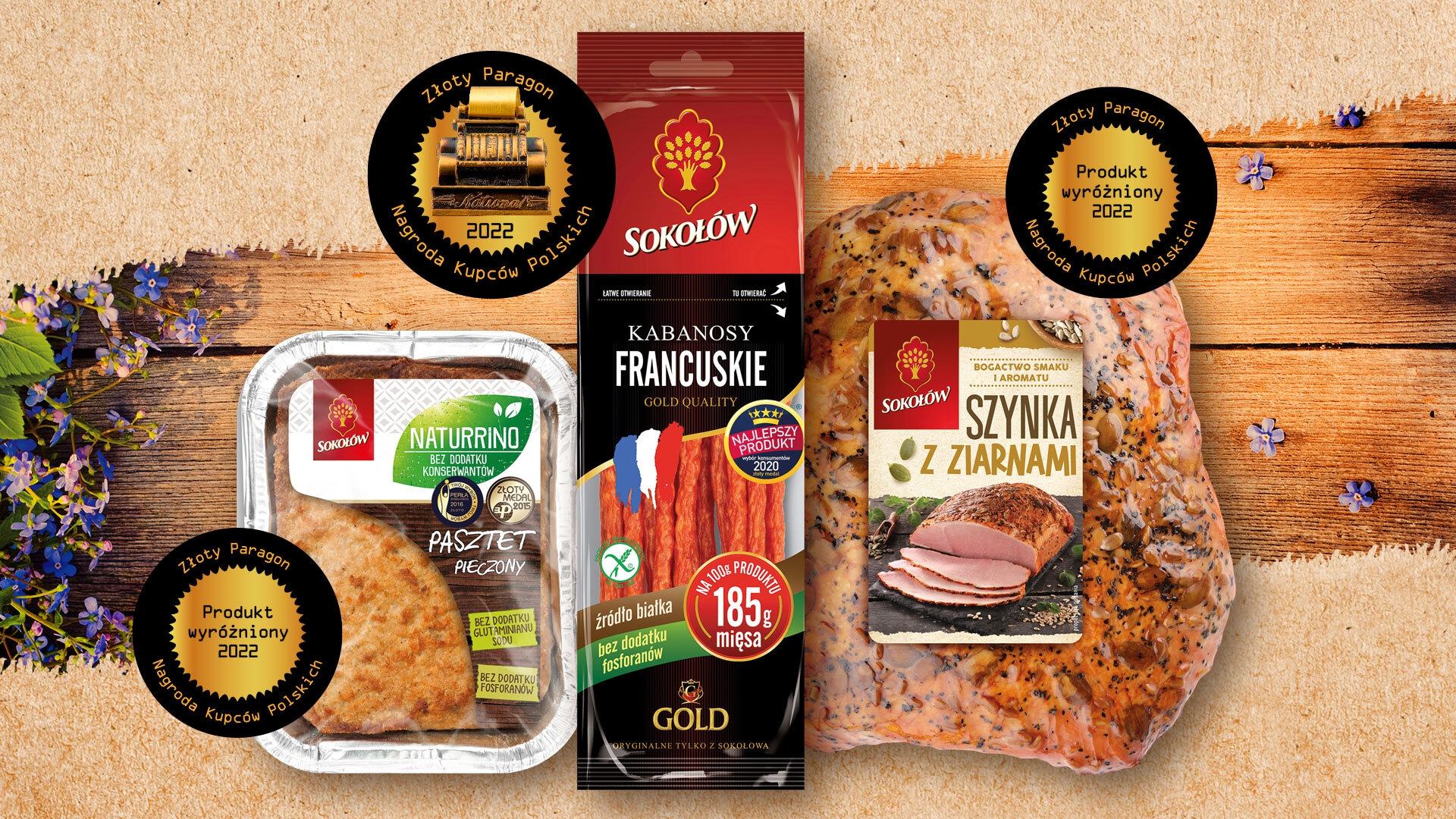